In 1909, in an undemocratic Sweden, a bastard child is born and given the name of Hervor. Her mother is unmarried, due to which she is called a ”whore” and driven away from her home. Hervor grows up at shelters and orphanages, unwanted, rejected by society. As an adult she spends her life struggling for social justice. In old age she tells us her unique story. Director Knutte Wester brings his grandmother’s memories to life through hand-painted animated images and has us witness someone being rejected in order to unite others. A story that too often still repeat itself.

Horungen ( A Bastard Child) is a Bautafilm AB production in co-production with Sveriges Television and Pomor Film AS. With support from The Swedish Film Institute, Film i Västerbotten, The Swedish Arts Grants Committee and Nordnorskt Filmsenter 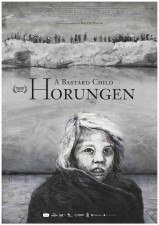