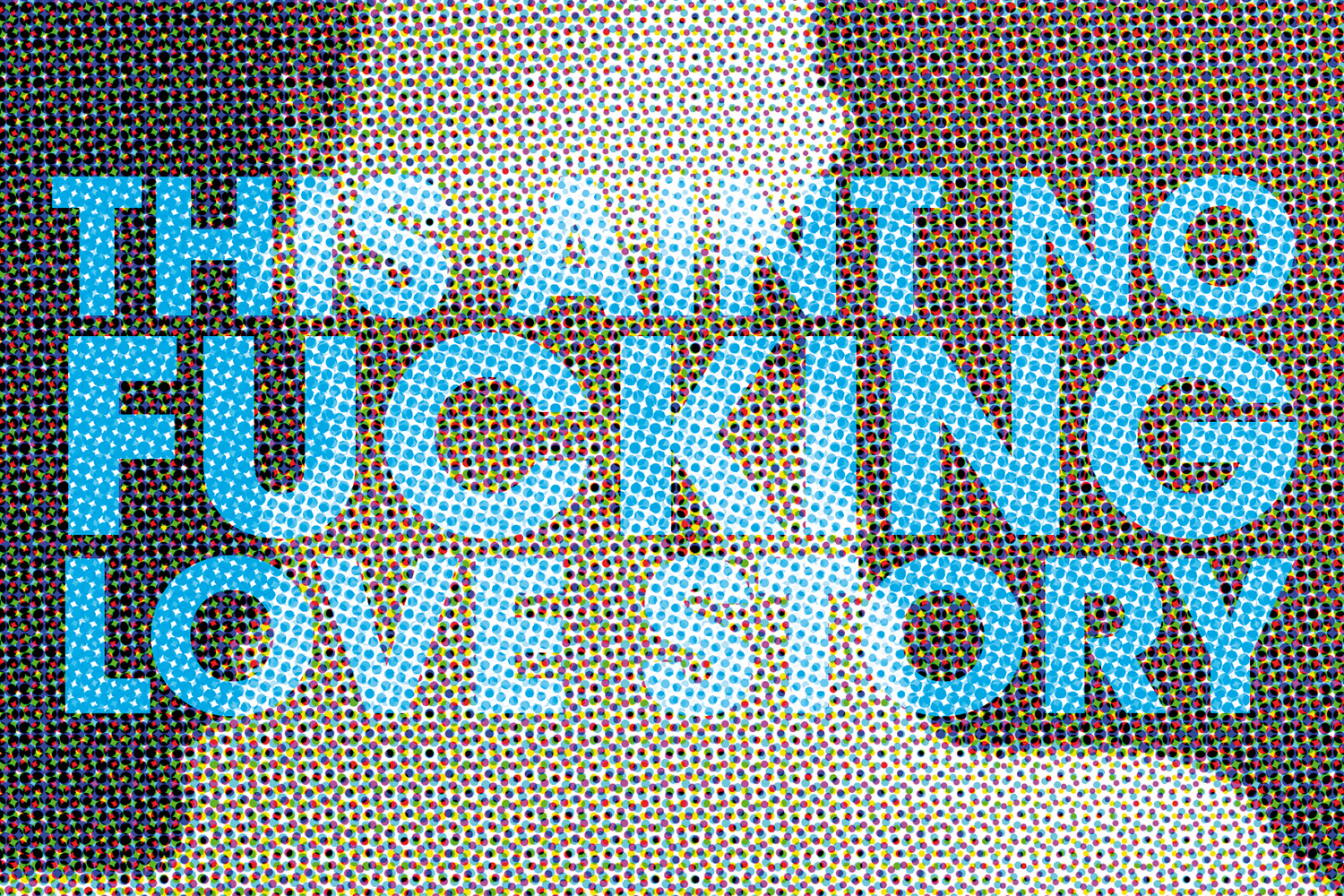 This Ain’t No Fucking Love Story is a story about Mark who meets Leo, and the intense love relationship they develop at the rehabilitation home. The intimate, raw and beautiful emotions within its walls are contrasted against suburban facades and nuclear families, against which Mark has become a strange object. He neither can nor has the energy to blend in during his leaves. Back at the care center a staff member finds Mark and Leo fucking on the floor. Their relationship and behavior is according to the staff very destructive. When Leo O.D.s the relationship gets an abrupt ending and in the absence of Leo, Mark’s darkness begins to crawl back. Mark runs away from the rehab, and in the borderlands of reality and dream, they are reunited. It’s true, love is the drug which fills the darkness with light, and everything else is a substitute. But this ain’t a fucking love story. This is for real.

When I got to read Nikita Rissanens novella KBK, I was deeply moved. In the middle of all filth and ugliness, there was true beauty. Explicit scenes I couldn’t get out of my mind. It is a raw and expressive love affair between two individuals who badly need this love. I couldn’t shake this ugly love story off me and started to transform it into a feature film. Scenes became more clear, others were added, things started to make sense, and I ended up with a fairly ”whole” story which I nervously presented to Nikita. To my delight, she loved it.

I intend to maintain the characters, the atmosphere and the filth, and I want to elicit the love story between Mark and Leo. I want to expand on their place in the world because I believe everyone can identify with them, no matter how destructive and depressed they may appear.

The unbelievably strong love story evolving between them couldn’t have evolved anywhere else. They become each other’s reason to survive. They find courage and meaning in each other. I want the world around them, the family and the staff at the nursing home, to be their adversaries. I want to make it clear for audiences watching the film that Mark and Leo are good for each other. We and they understand, but the nurses and their parents don’t get a thing.

I want to develop this story into a feature film. A fantastic drama which leaves us torn between life and death. I believe deeply in this story.

This Ain’t No Fucking Love Story 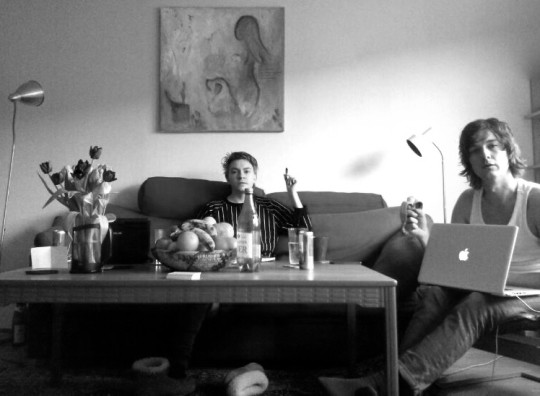 Although Victor have no formal film education, He have established himself as one of Sweden’s most hard working and productive young directors.

In 2013 he released ”Undress me” and ”Tony and Lena”. Both were well received by audience as well as critics. ”Undress me” got world premiere at The Berlinale where it was nominated for the Golden Bear and got a Teddy Award för best short. Undress me continued its festival tour to Tel Aviv, San Diego, Hamburg, Toronto, Tampere, Los Angeles, Saint Petersburg to name a few, and got several awards and nominations. The film ”Tony and Lena” has, among other things competing in the short film section at BUFF children and youth festival and Oberhausen Film Festival.

”My passion and aim in my work as a director is to tell about people and relationships, about life and its difficulties. I want to continue make films that concern, films that aren’t afraid of showing the darkness, the way life actually is. I will continue being naive, thinking that my films can change the wolrd” 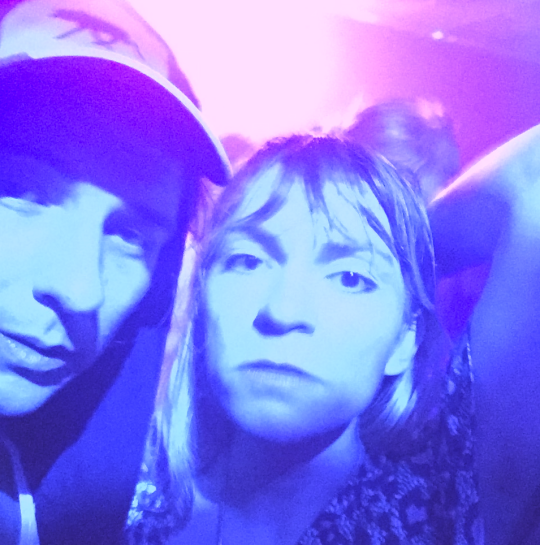 Nikita Rissanen was born in 1986. She early saw herself as a genius and at seven years of age, together with her sister, staged her original piece ”The cat, the mouse and the golden cheese”, to an overwhelmed audience.

Bored she then moved, after two years of study (2006-2008) at the prestigious Nordic Writer’s School Biskops-Arnö, to Kyoto, Japan. With a small wish to examine if Murakami’s metaphysical spaces really existed. Despite culture shock and linguistic confusion, Nikita stayed for two years to overdose on falcons, temples, skyscrapers – and karaoke.

In 2010, she returned to Sweden, studied at Malmö University and during a couple of months wrote a manuscript which was accepted for publishing the following spring.

In 2012 she debuted with the glittering science-fiction chamber play “Eternity, sister”, at Modernista Publishing House.

Nikita was granted a working stipend from the Swedish Writer’s Foundation, in the spring of 2013, decided to examine the last cardinal point and moved to Umeå.

She is currently working on the finishing touches of a short story collection, and together with the director Victor Lindgren, on the movie This Ain’t A Fucking Love Story, based on Nikita’s short story FTF. 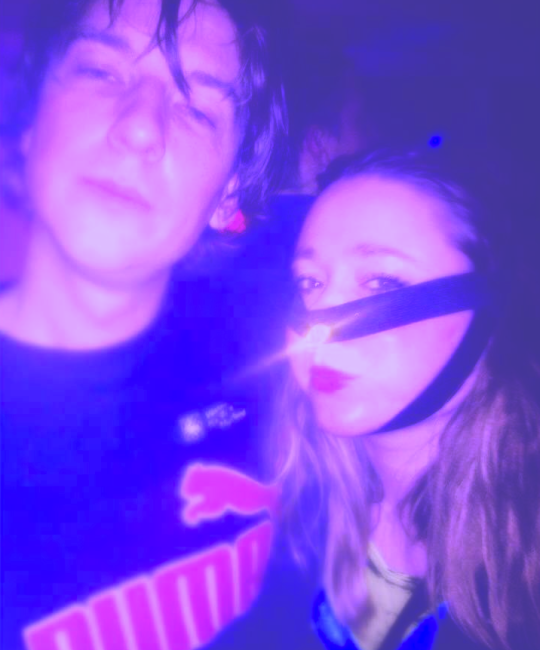 Therese has since 2000 worked with TV-production, project management, communication and as a producer within different types of media and organizations. Since 2011 she is a producer in the production company Bautafilm AB.

Therese has since the start of Bautafilm actively worked to increase the spreading and visibility of the company’s productions, nationally as well as internationally. She has produced and been the production manager on several of their own productions, as well as with other companies. Therese produced the film ”Undress me”, which has been broadcast by both European and Russian TV-channels and won several awards.