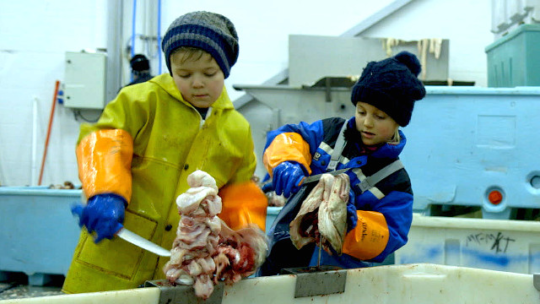 Every winter, children in Northern Norway gear up for work as cod tongue cutters. Diving in between the seasoned fishermen who gut the fish and flush the blood off the concrete floors, children as young as six find their positions over the tub of severed cod heads. With an almost frightening pace, their knives slice and cut while they’re talking about the great competition: The world championship of cod tongue cutting. But still, the most important thing is not the competition, but the fact that they are allowed to do a real job, just like the grown ups.