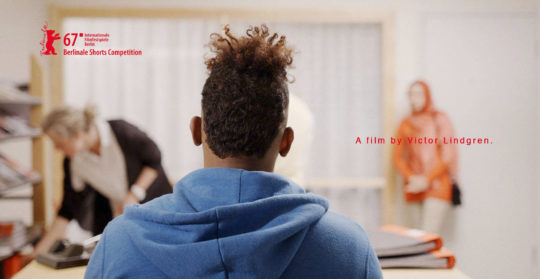 Two men are hiding behind a fence at a border checkpoint. They have just started their escape from oppression and persecution in their home country. Only one of them will arrive in Sweden. He is the comet.

The comet is an interpretation of Melker Garay’s short story with the same title, directed by Victor Lindgren and played by Abdi Aziiz who himself undertook a similar hellish voyage from Somalia to Sweden to escape oppression and persecution of homosexuals. He is our comet.

Produced by Bautafilm AB & MBG International AB with support from Film i Västerbotten.